Congratulations to Dr Melissa Farnham on being awarded a research grant by Diabetes Australia for her work investigating the protective effects of a ketogenic diet against the consequences of severe hypoglycaemia that frequently occurs in people with diabetes.

“As people with diabetes are over twice as likely as those without to develop cardiovascular disease, it is imperative that we develop better ways to manage and treat diabetes,” states Dr Farnham, Cardiovascular Neuroscience Unit Leader at HRI.

When the body senses hypoglycaemia, a brain reflex is activated that stimulates rapid production of sugar from the liver, to elevate blood sugar levels and protect the brain from being starved of its major energy source, glucose.

“Starving the brain can lead to seizures or coma,” says Dr Farnham. “People with type 1 diabetes are prone to repeatedly experiencing hypoglycaemia, which results in a life-threatening condition called hypoglycaemia-associated autonomic failure (HAAF), where the brain reflex is not activated to increase blood sugar levels when hypoglycaemia occurs.”

Under certain conditions, such as a high fat/low carbohydrate (ketogenic) diet, an alternative source of energy becomes available to the brain – ketone bodies. Ketones have been shown to reduce the brain reflex response to a single episode of hypoglycaemia in people without diabetes, and also improve cognitive functions, suggesting a protective effect on the brain.

Dr Farnham’s project, entitled ‘Low carbohydrate (ketogenic) diet in type 1 diabetes: do ketones protect the brain from adverse effects of hypoglycaemia?’ aims to determine a mechanistic pathway whereby the ketogenic diet affects the counter-regulatory response to hypoglycaemia and the development of HAAF in a lab model of type 1 diabetes, as well as identify the critical brain regions and neuronal populations involved in this response. 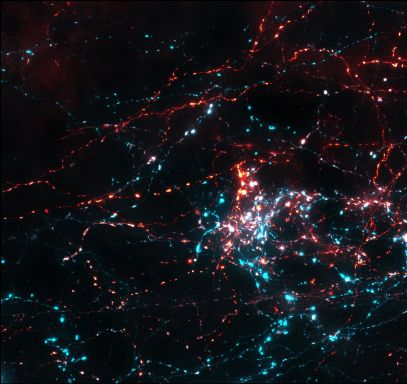 Our mission is to investigate what goes wrong in the brain to result in the development of cardiovascular disease, by focusing on the neurocircuitry within autonomic centres of the brain.