Is atrial fibrillation (irregular heartbeat) a cause of dementia?

Prof Ben Freedman, Group Leader at the Heart Research Institute (HRI), spoke to Health Europa Quarterly about new evidence confirming a strong link between atrial fibrillation (AF) and dementia, and what this could mean for the future of cardiovascular and dementia-related care.

The evidence was published as the Frontiers Review in CIRCULATION by the AF-SCREEN International Collaboration, which Prof Freedman founded.

For a decade, Prof Freedman has been focusing his research efforts as leader of the Heart Rhythm and Stroke Prevention Group at HRI on AF – a relatively unknown but common type of heart condition where the heart beats irregularly. AF itself is not dangerous, but it is important to diagnose and treat it because it increases the risk of other conditions, such as stroke and heart failure.

According to Prof Freedman, “A strong predictor of dementia is prior stroke, but having consistently high blood pressure makes it even more likely to develop dementia later on.”

Cases of AF and dementia are increasing every year, particularly among older adults. Screening for AF before a stroke in the older population at risk of both AF and stroke would be hugely beneficial, as would screening for dementia.

HRI runs the only international arm of the SAFER (Screening for Atrial Fibrillation with ECG to Reduce stroke) study in over 100,000 patients that is being run by the University of Cambridge. This will be by far the biggest study on screening, and dementia is one of the endpoints.

Trials are also ongoing that look at cognitive decline and brain imaging, and whether giving anticoagulants to people with AF, who would not otherwise be prescribed them, affects cognitive decline over a time period.

For future research, Prof Freedman says, “We should be investigating cognitive decline in younger people with AF ahead of dementia; that association is stronger in younger people, which is worrying. 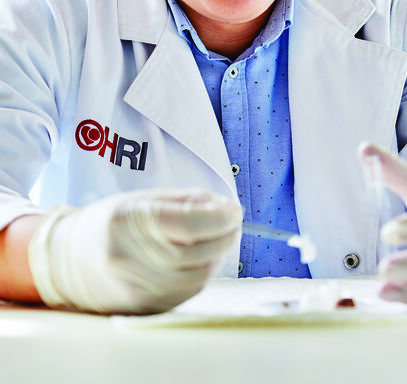