Revealed: The molecule messing with your gym workout

A study by the Heart Research Institute (HRI) and The University of Sydney’s Charles Perkins Centre explains why some people fail to shed pounds and lower cholesterol even when eating well and exercising hard.

The study found significant person-to-person variation in response to exercise, even among a group of healthy young army recruits.

“We found levels of a molecule called dimethylguanidino valeric acid (DMGV) appear to indicate how much a person benefits physically from doing exercise,” explains lead HRI researcher Dr Yen Chin Koay. “People with higher DMGV might be working out hard and eating well but they don’t reap the same rewards from their hard work as those with naturally lower levels of the metabolite.”

The work was published in the international journal Cardiovascular Research.

In this study, 52 male soldiers were enlisted for a tough 80-day training program. The group of new recruits maintained the same diet, sleep, exercise and living conditions throughout the trial to ensure no other factors influenced exercise response. The researchers wanted to understand the mechanism underlying metabolic adaptation to exercise training. In particular they focused on improvements in body fat, insulin resistance and cardiovascular risk factors such as cholesterol and blood pressure. To do this, they measured hundreds of small metabolic signature molecules called metabolites before and after exercise and tracked the changes in fitness and cardiovascular risk factors.

“We found that energy substrates such as fatty acid and ketone body were consumed more by trained, energy-efficient skeletal muscle in response to increased aerobic fitness,” Dr Koay says. “Interestingly, DMGV, which has previously been found to predict poor metabolic adaptation to exercise in inactive older people, also correlated with lack of metabolic adaptation to exercise in this young and fit cohort.”

Testing in the aftermath of the training program confirmed those with higher DMGV levels showed no improvements, or deterioration, in their body fat, level of total or ‘bad’ cholesterol level or blood pressure.

“Despite being just as young, working out just as much and eating just as well, the hard work didn’t pay off for these guys.”

Results suggest those with high DMGV need to find alternatives to exercise if they want to improve their lipid profile and overall health, she says. Further work is needed to identify novel therapeutic strategies to replicate the beneficial effects of exercise.

The paper, entitled Effect of chronic exercise in healthy young male adults: A metabolomic analysis, is available to view here. 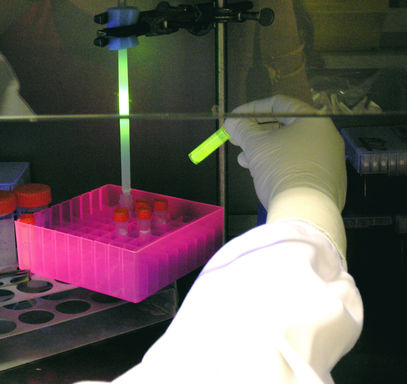